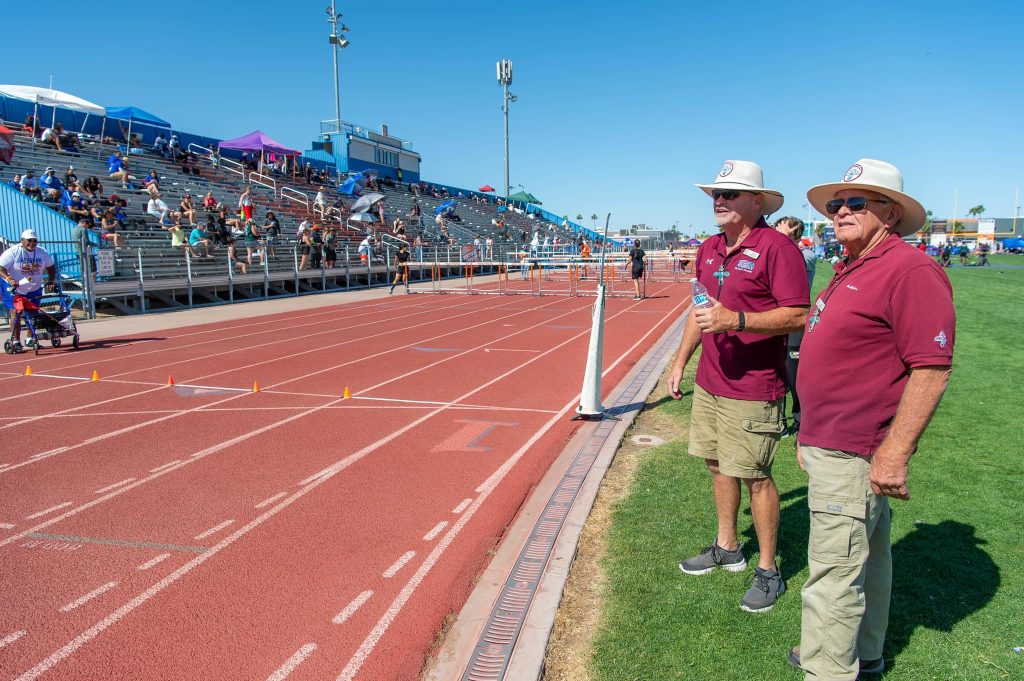 How did the Mesa HoHoKams  get involved in sponsoring and supporting this event?

In 1930, The Mesa Tribune, then called the Journal Tribune, the local newspaper started sponsoring the “Mesa Tribune Relays.”
Each high school was contacted and asked to participate in the events. They sent teams of four athletes to participated in the relays. I attended these events and had a lot of fun watching the schools compete in the various events. In early 2000 the The Mesa Tribune was sold and the new owners were asked if they were going to continue in the sponsoring of this event. They declined due to lower circulation and the economy.

The track coach at Westwood High School, James Smith, took it upon himself to sponsor the event and changed the name to
“The Mesa Invitational Track Meet”.

The HoHoKams provide awards for the winners as well as supply all of the help in timing of the running events and recording the distance and heights of the events.

This event continues to be the signature spring event for the Mesa HoHoKams in helping and supporting youth sports in the East Valley. 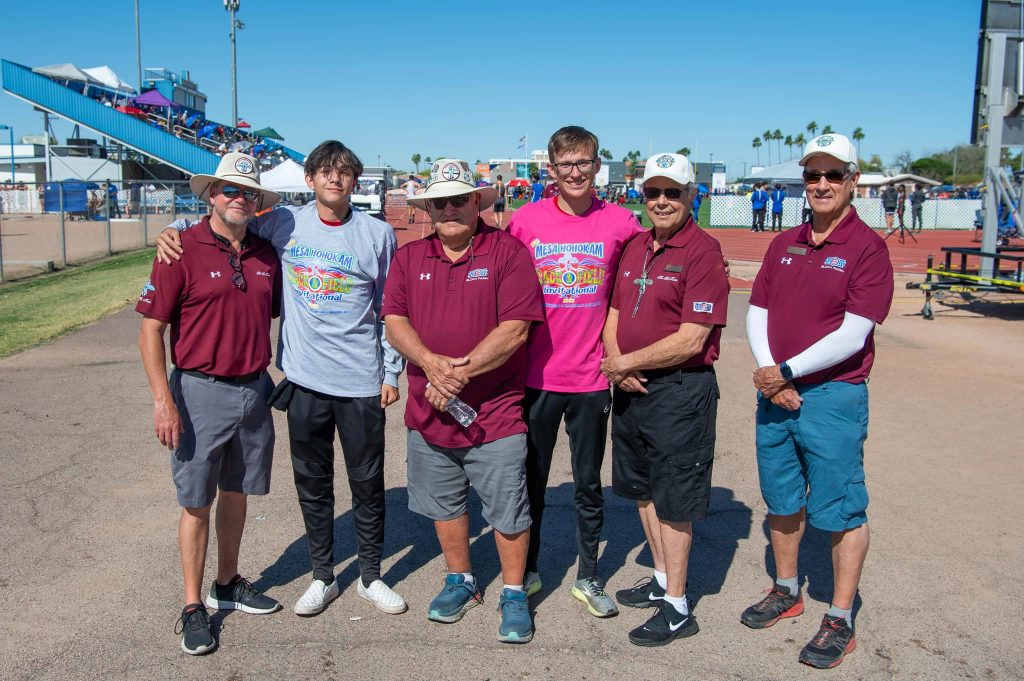 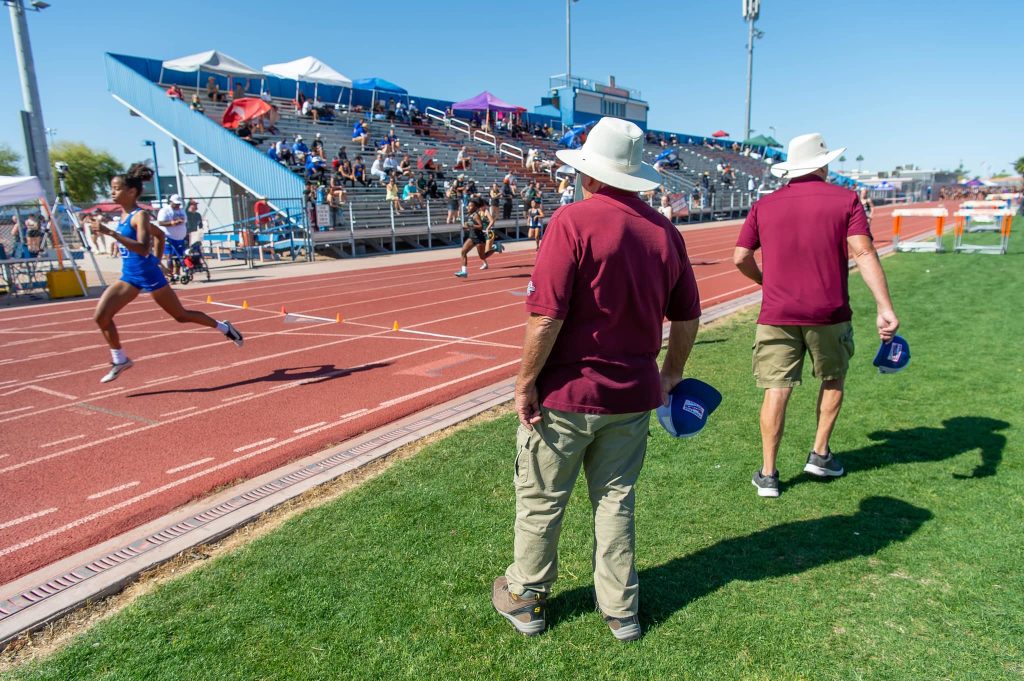 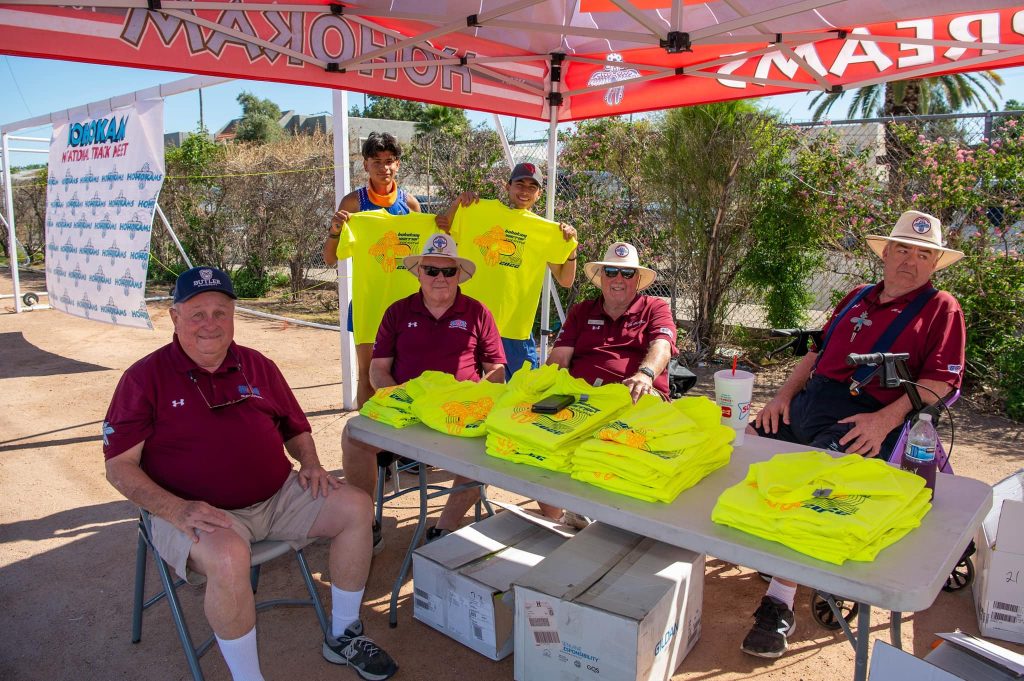 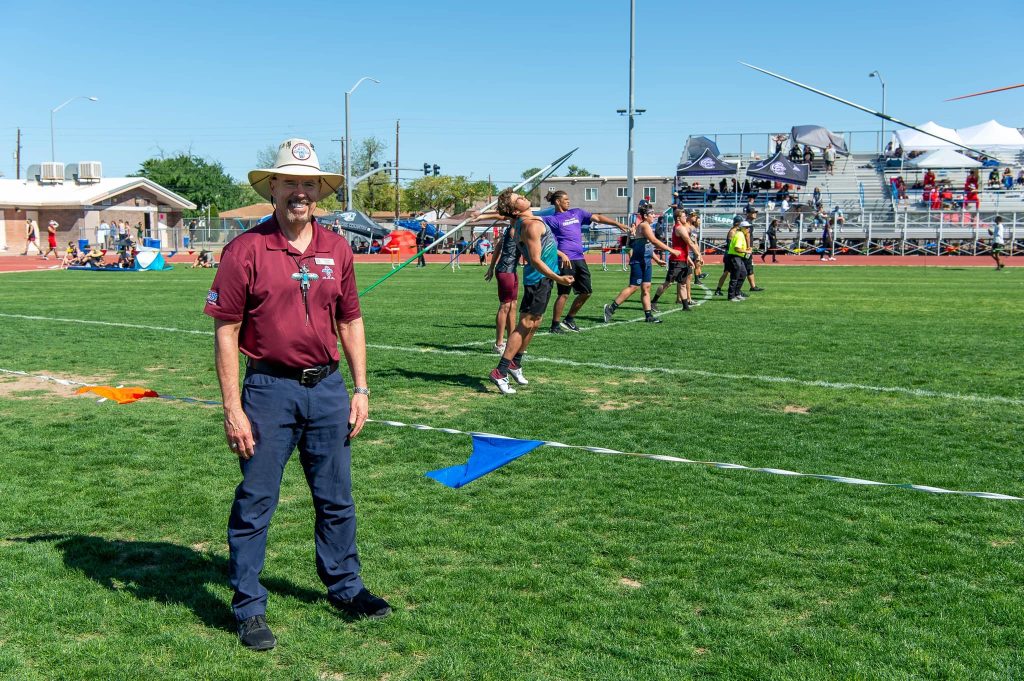