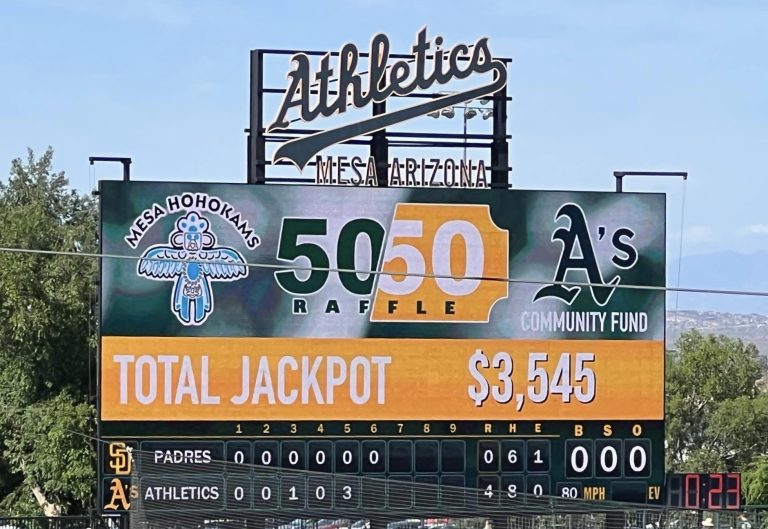 Hohokam members volunteer at Hohokam Stadium for the Oakland A’s and Sloan Park for the Chicago Cubs. They run gate and park entries, parking lots, ushering, program sales and the ever popular 50/50 raffle.

In 2007 at Hohokam Park, the Ho’s started the 50/50 Raffle as a way to raise funds for causes in the community that were not sports related. There were only two members of the Hohokams selling tickets, Sherrie Nielsen Coker and Shanlynn Newman.

Here’s how it works: Raffle tickets are sold to fans inside the ballpark. The winner of the raffle receives half of the funds that are collected and the rest of the funds are donated to organizations throughout the east valley.

The next year, Sherrie’s daughter volunteered to help. Three to four years after that, Stephanie Siete, also a Hohokam member began selling tickets and it has grown every year since.
In those early years they began by making $22,000 in sales.